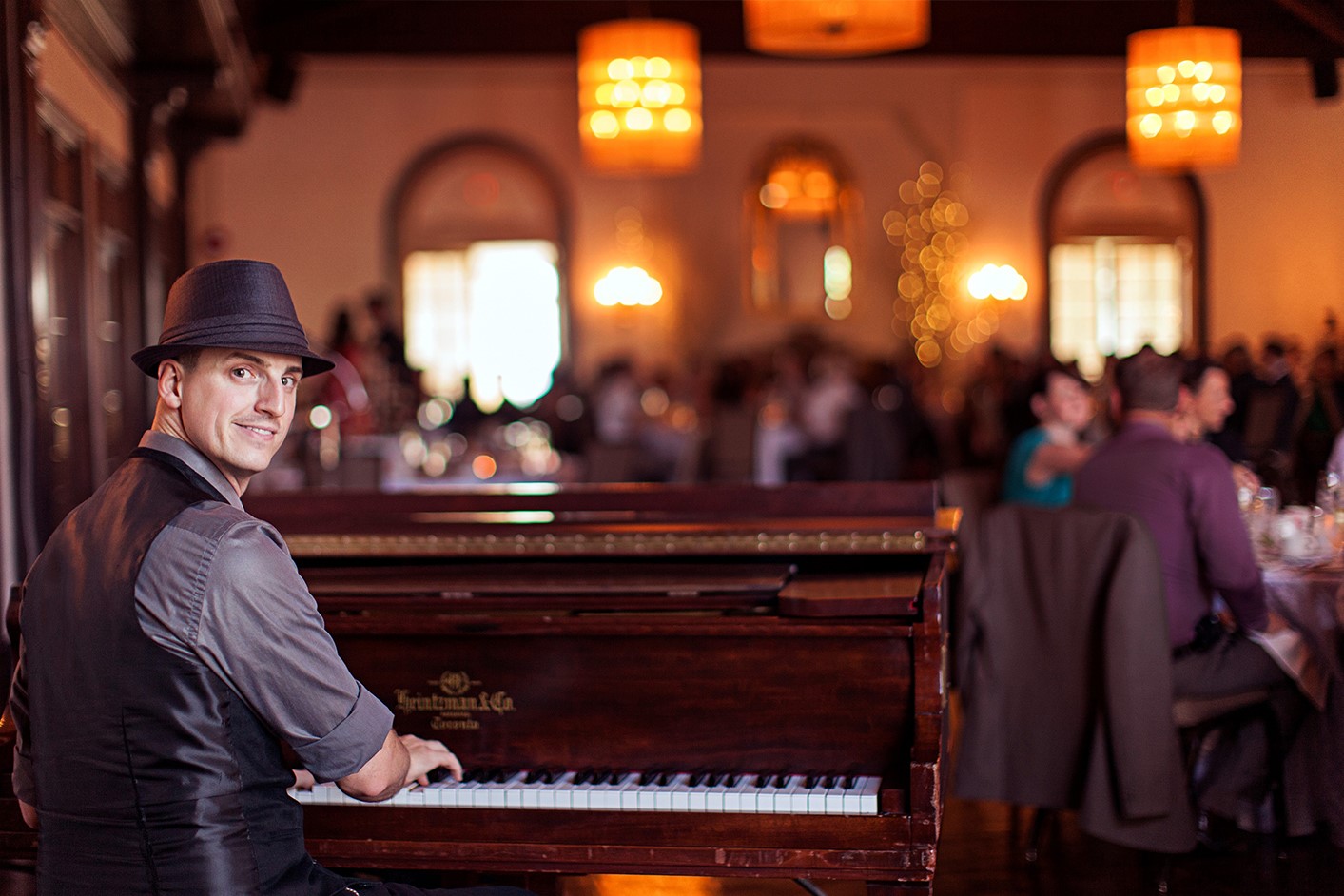 Fedora enthusiast Donavon LeNabat is an accomplished piano entertainer, accompanist, bandleader, music director, arranger, and - most recently - choir director. With his unique blend of music, personality, and humour, Donavon is one of Toronto’s busiest musicians.

You'll find Donavon performing throughout the GTA in retirement homes, private parties, bars, and event spaces, playing background music on his own at a piano, entertaining rooms full of people with song and story, playing instrumental cocktail music with a piano trio (piano, cello, and violin), Dueling Pianos with some of Toronto’s most talented piano entertainers, or leading a top-40 cover band of his own creation, Jack Squat. (http://JackSquat.ca)

Donavon is also a staple faculty member at Randolph Academy, accompanying, music directing, and teaching several classes each week, a position which brings him immense joy.

Throughout his career, Donavon has worked with many artists, including Steven Page, Sebastian Bach, Jully Black, Ed Robertson, Jim Cuddy, and Sarah Slean.

As Donavon has played in many different ensembles over the years, he has a gamut of material at his disposal, being able to recall thousands of songs from memory.

Donavon is at home playing nearly all styles of music, having trained with the Royal Conservatory (classical) in his youth, Humber College (Jazz) in his early 20s, and constantly playing many styles of popular and world music the rest of the time. He can read music just as easily as playing by ear, and is a talented improviser.

Most recently, Donavon has created Alt Vox, a brand-new large-scale vocal ensemble dedicated to learning and performing pop and rock music, with a specific focus on 70s- and 80s-era music. In addition to leading the choir, he is also arranging all of the music.

Return to the ROSTER
Book this artist